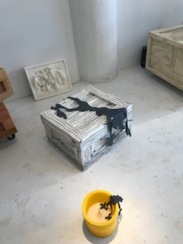 Exquisite works of art. All sculptures made of rubber, even the shipping crates.

Our very own, Esther Cohen, has shared her credential for “Women Artists: The Rise of Feminism” from Sotheby’s Institute of Art. Congratulations! 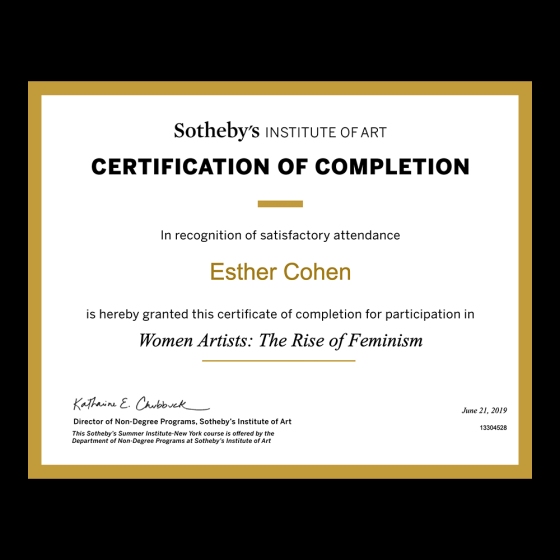 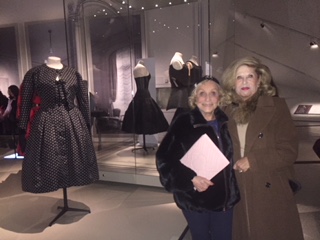 Esther and her niece attend ROM speaks at the museum Sunday December 10 for the opening Keynote “Dior by Dior” I sat directly behind the director of the museum, Josh Basseches. The exhibition is outstanding and Mr. Dior stated that to be successful you must think with zest and work with zest.

I believe that to be true.

This past week, PI Fine Art was happy to welcome a delightful group of visitors into our gallery. The Mandel family, who hail from Scarsdale New York, included PI on their sites to see while in Toronto and Esther was particularly elated to connect with these fellow art lovers. 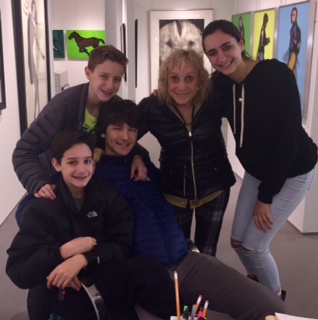 Being a mere 40 minutes away from Manhattan, an art world unto itself, the Mandels have been exposed to some of the best galleries in the world. Now they can add one more to their list. They were instantly impressed with our unique ability to create, frame and display artwork all in one location. And let’s not forget the cherry on top, an inside look at the Esther Cohen Gallery.

A glimpse into Esther’s gallery.

While there are many worthy pieces to note in Esther’s prestigious collection, the Mandel’s were particularly taken with the Lenticular Julian Opies as well as the Jim Dine heart. 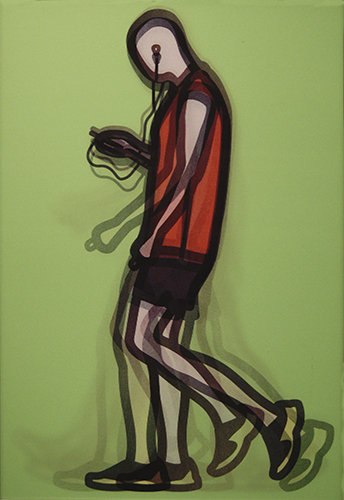 As we journey in to 2015, we can’t help but look back at what a great year 2014 was. Some of the highlights include our participation in the Toronto Outdoor Art Exhibition, Boutique Design and Trade Fair in New York, and Canada’s National Design + Architecture Exposition & Conference (IIDEX). And of course, how could we forget the pièce de résistance, our annual holiday warehouse sale!

This year began with a bang, as we were fortunate enough to be featured on Breakfast Television. From the art department to the framers in the factory, BT was given the inside scoop on the intricate process of how we actualize the artwork for our burgeoning clientele. 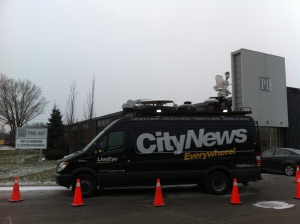 City TV truck outside the Gallery 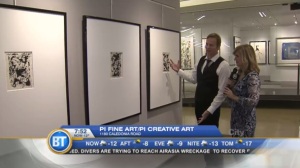 Ross gives Jenn the low down on custom framing.

Jennifer and Esther became fast friends and it wasn’t long before they broke into song! Check out the video below to see the budding buddies and Esther’s breathtaking rendition of “There’s No Business like Show Business”.

We had a great time sharing the inner workings of our creativity with all you out there in TV land. 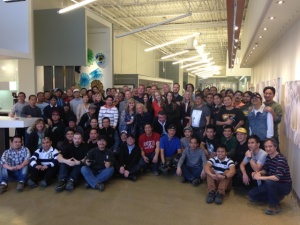 Esther with her sons Richie and Andrew 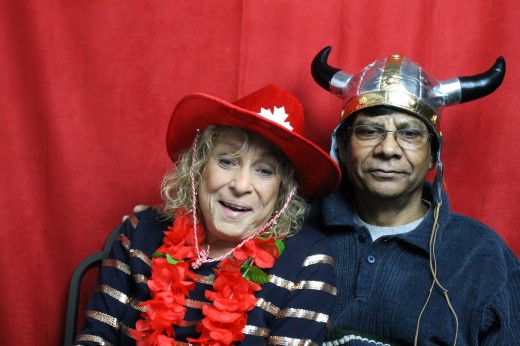 The Esther Cohen Gallery is pleased to announce the purchase of two new works from Heffel Fine Art Auction House.  These new pieces add vibrancy and depth to an already well-rounded collection – we hope you enjoy them as much as we do!

Joan Miró  and Alexander Calder both experimented with colour, shape, and lines, relying primarily on these elements to explore compositional space. While they worked independently, they have created a body of work that complements each other both thematically and visually.

Joan Miró was a world renowned Spanish Catalan painter, sculptor, and ceramist born in the sea port city of Barcelona in 1893. Miró was the son of a watchmaking father and a goldsmith mother, and was exposed to the arts from a very young age. As a young man, Miró decided to devote his life entirely to painting, studying at La Lonja School of Fine Arts in Barcelona. His works around this time reflect the influence of different trends, like the pure and brilliant colors used in Fauvism, shapes taken from cubism, influences from folkloric Catalan art and Roman frescos from the churches.

From 1929-1930, Miró began to take interest in the object as such, in the form of collages. This was a practice which was to lead to his making of surrealist sculptures. He also experimented with many other artistic forms, such as engraving, lithography, water colors, pastels, and painting over copper. What is particularly highlighted from this period, are the two ceramic murals which he made for the UNESCO building in Paris (The Wall of the Moon and the Wall of the Sun, 1957-59).

From the 1960’s to his death, he concentrated more and more on monumental and public works. He concentrated his interest on the symbol, not giving too much importance to the representing theme, but to the way the symbol emerged as the piece of work.

Alexander Calder was born in 1898 in Philadelphia, the son of Alexander Stirling Calder and grandson of Alexander Milne Calder, both well-known sculptors.  After obtaining his mechanical engineering degree from the Stevens Institute of Technology, Calder worked at various jobs before enrolling at the Art Students League in New York City in 1923. In 1925, Calder published his first book, Animal Sketches, illustrated in brush and ink. He produced oil paintings of city scenes, in a loose and easy style. Early in 1926, he began to carve primitivist figures in tropical woods, which remained an important medium in his work until 1930.

Calder began to work in an abstract style in 1931. Calder’s abstract works are characteristically direct, spare, buoyant, colorful and finely crafted. He made ingenious, frequently witty, use of natural and manmade materials, including wire, sheetmetal, wood and bronze. Later, Calder began to create large-scale outdoor sculptures and a series of mobiles – for which he is, perhaps, most renowned. Calder, who has proved prolific in many art forms, died in 1976.

For more information on the Esther Cohen Gallery Collection, please visit our website.

While in NYC, Esther visited the The Frick Collection exhibition Vermeer, Rembrandt, and Hals: Masterpieces of Dutch Painting from the Mauritshuis. Check it out here!

Esther, a fan of the novel Girl with a Pearl Earring, poses outside of the exhibition.

Inside the gallery, Vermeer’s Girl with a Pearl Earring is the sole work on view in the Oval Room with the other paintings shown together in the East Gallery. To accompany the exhibition, three works by Vermeer in the permanent collection, Officer and Laughing Girl  (c.  1657), Girl Interrupted at Her Music (c. 1658–59), and Mistress and Maid (c. 1666–67), are grouped together in the West Gallery.

Esther also stopped by the Park Avenue Armoury where she purchased this set of horses by Julian Opie. The show was a hit, and the entire edition was sold out by the end of the night!

Esther’s next stop was at The Jewish Museum. Their current exhibition, Chagall: Love, War, and Exile, explores a significant period in the artist’s career from the rise of fascism in the 1930s through 1948. He spent many of these years in exile in New York City, greatly impacting the modernist scene in North America. Jesus and the Crucifixion was commonly used imagery in Chagall paintings during his time in New York. Chagall believed the Crucifixion was a symbol for all victims of persecution, a metaphor for the horrors of war, and an appeal to conscience that equated the martyrdom of Jesus with the suffering of the Jewish people and the Holocaust. Click here to read more! 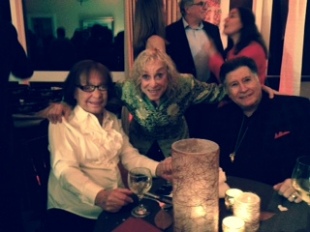 The trip came to a close after Esther celebrated her nephew’s 50th birthday at a country club in Scarsdale. A fabulous ending to her week in New York City!

Meet Esther Cohen, Toronto-based art collector, curator, and President of Posters International, PI Fine Art, PI Creative Art, and the Esther Cohen Gallery. Esther launched the company in 1976 with $3,000 after taking time off from teaching to have children. Her sons, Andrew and Richie  Cohen, now take care of the day-to-day operations of the business. Together, the Cohens have grown the company to a multi-million-dollar business with over 80 employees.

Esther spends her time away from the office living the faced-paced life of a true art connoisseur; traveling to the world, visiting museums and art galleries, and attending art events. Welcome to the world of Esther Cohen, we hope you enjoy!